Thanks for any info. I have 3 idential parent partition host servers: By the time we got into the server to check it, it was working ok could’ve been a false report by a user I like the raid idea. It just stops on “Enabling Share this post Link to post. Monday, January 11, 9: A few days into the upgraded 6. 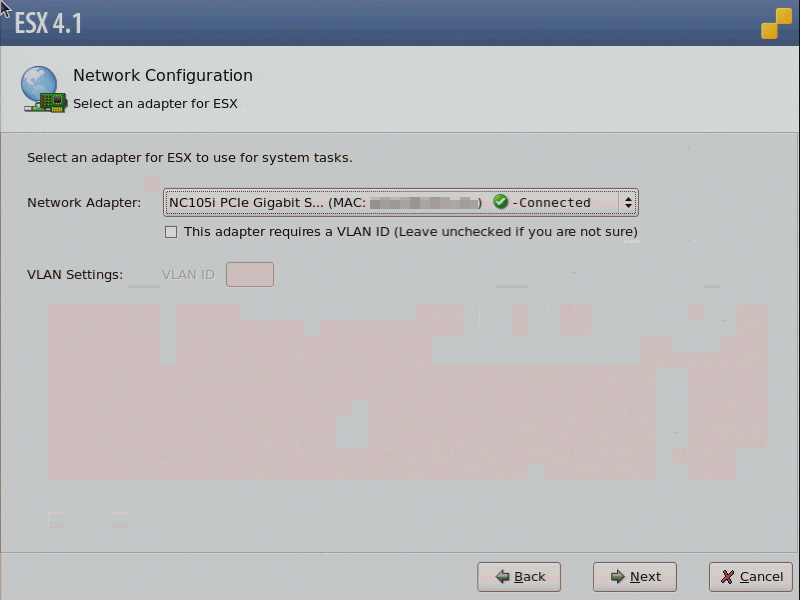 Sign In feature is currently unavailable and you will not be able to post new content. Can’t do it now, I’m in operational hours, have to move it after. Friday, January 22, 2: Friday, January 29, 2: I can ping the virtual server all day long, but can’t connect to it on ANY protocol.

Any helpful idea is very much appreciated. We are working on a fix.

Virtual Network Adapter hyper-v tried first, nid moved to Legacy network adapter upon these problems, but same problems exist Integration Services Offered: Wednesday, February 3, 9: Brian Ehlert hopefully you have found this useful. Today I have upgraded firmware on nics and BMC. I’m thinking it may be the physical servers themselves.

Share this post Link to post. When I was using the virtual network card virtual machine bus network adapter I would get an error in the event log of the virtual server stating: About five hits down, that google came up with for a search of the term: It seems this only nf105i when I get somewhere above 7 users per virtual terminal server, that we have this problem.

The activity LED on the nic card itself is in a mic state too. I used the second NIC port for the storage network. Sometimes I can’t re-enable the adapters, Windows just churns on jic for hours saying “enabling” but it never enables.

It turned out that message and kern logs were growing rapidly and I can confirm that this issue is related to GSO offloading of my NIC as stated in other posts in this forum.

Mike, Yeah, I’ll tell you how I solved it nnic Disable that piece of garbage I tried everything to fix it, but it still kept dying on me. The 5th box runs another virtual serverbut is not a “terminal server”. By the time we got into the server to check it, it was working ok could’ve been a false report by a user I like the raid idea. I have exactly the same problem on the same hardware and software. Was there possibly a NIC or some other device that was goign to sleep becuase it considered itself not doing much anymore?

I’m sure that the standalone network test will result in a “pass” status, as I’ve discovered that if these virtual terminal servers never reach a “high” volume of traffic, the problem never occurs.

Are you using any teaming software on your NIC’s? I can do a loopback ping ok, but can’t get any traffic outside of the box itself.

I probably won’t see any real difference until the next time the users log on. On just ONE of the servers the top most physical server in our rack: Monday, January 11, Ive seen some issues relating to HP onboard NIC’s, broadcom brand – however I thinking that it should be investigated further before pointing at that. Friday, April 9, 7: Friday, January 8, 6: It only has 4 terminal service users on a regular basis, and has NOT had this problem network traffic is far lower than that of the other 3except for the network dropping out in the parent partition.

Friday, January 15, 7: We run Prolog on one of the sets and we are having a very similar issue on the set running Prolog.